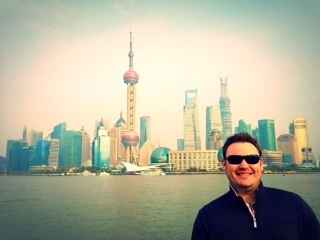 After completing his degree in economics & business at the University of Alberta, Jason went straight to work on the high seas with Holland America Line serving as cruise staff, DJ (name was DJ Double J) & Guest Services Co-ordinator for over 2 years.

Jason has been working full time at Cruise Vacations Inc. since 2004 and has recently been promoted to President. Jason loves to cruise generally twice a year, one an enriching new destinations like the Far East or Holy Land followed by a relaxing cruise in either the Caribbean, South Pacific or Panama Canal. Must see place has to be Bora Bora "it is the epitome of what a lush Island should be" and you must put it on your bucket list!!

In his spare time Jason enjoys spending time with his family and friends, golfing, going to the gym & playing basketball in the winter.

I would love to help you plan your next vacation. I specialize in…

Have questions? Send me a message!

Engaging travel content from us to you. Delivered weekly.

Go on, give it a try! It only takes a click to manage your subscription or unsubscribe.

This form needs Javascript to display, which your browser doesn't support. Sign up here instead